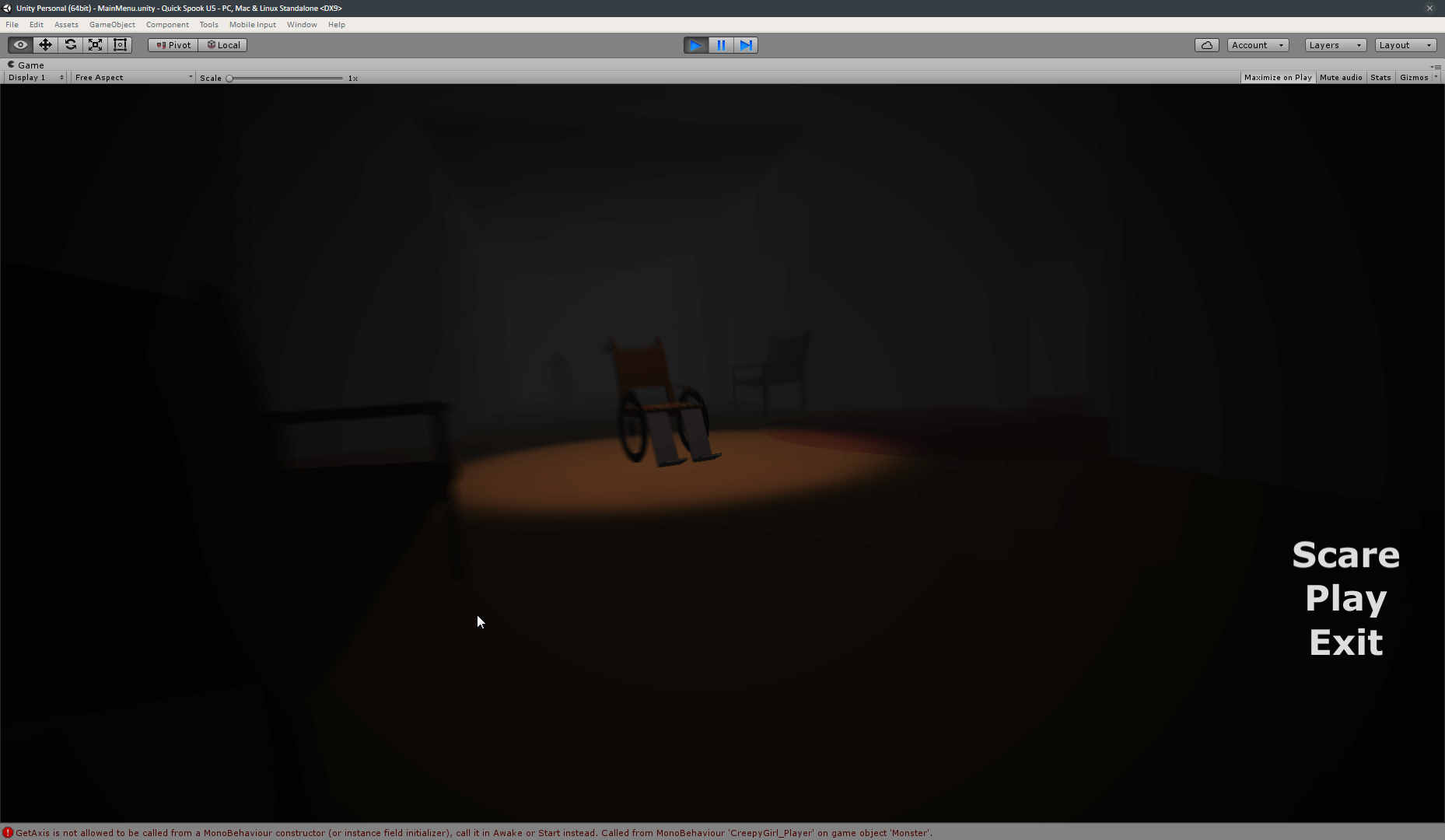 This is Project Quick spook, this was a fun 3 day game I created that worked similar to slenderman, I made this game for a friend so he can play this horror game. 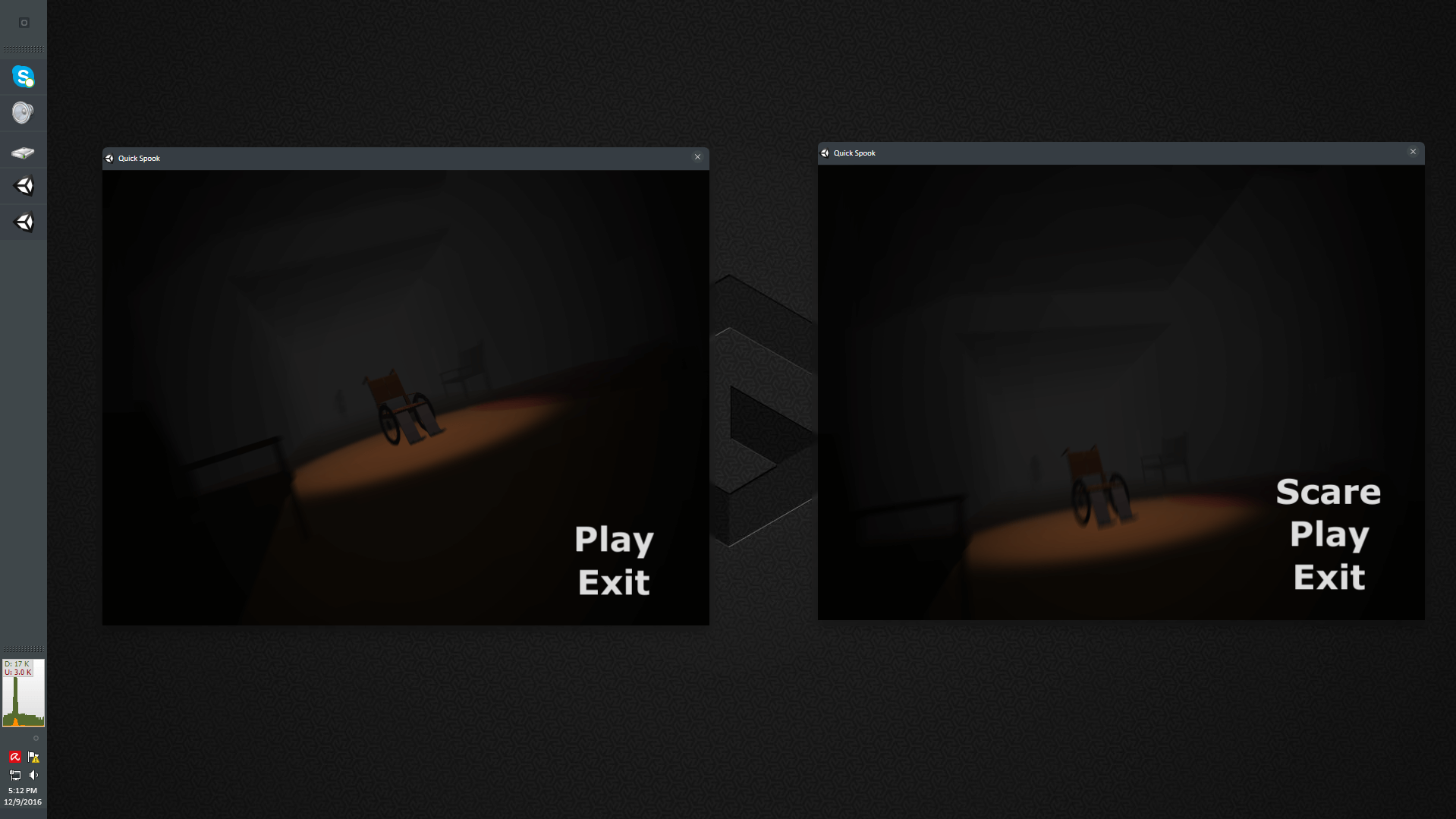 Notice that both the menus are different. Little did he know the game was secretly Multiplayer! The monster was actually controlled by a player and not an AI :P (Of course he got the left side of the game) 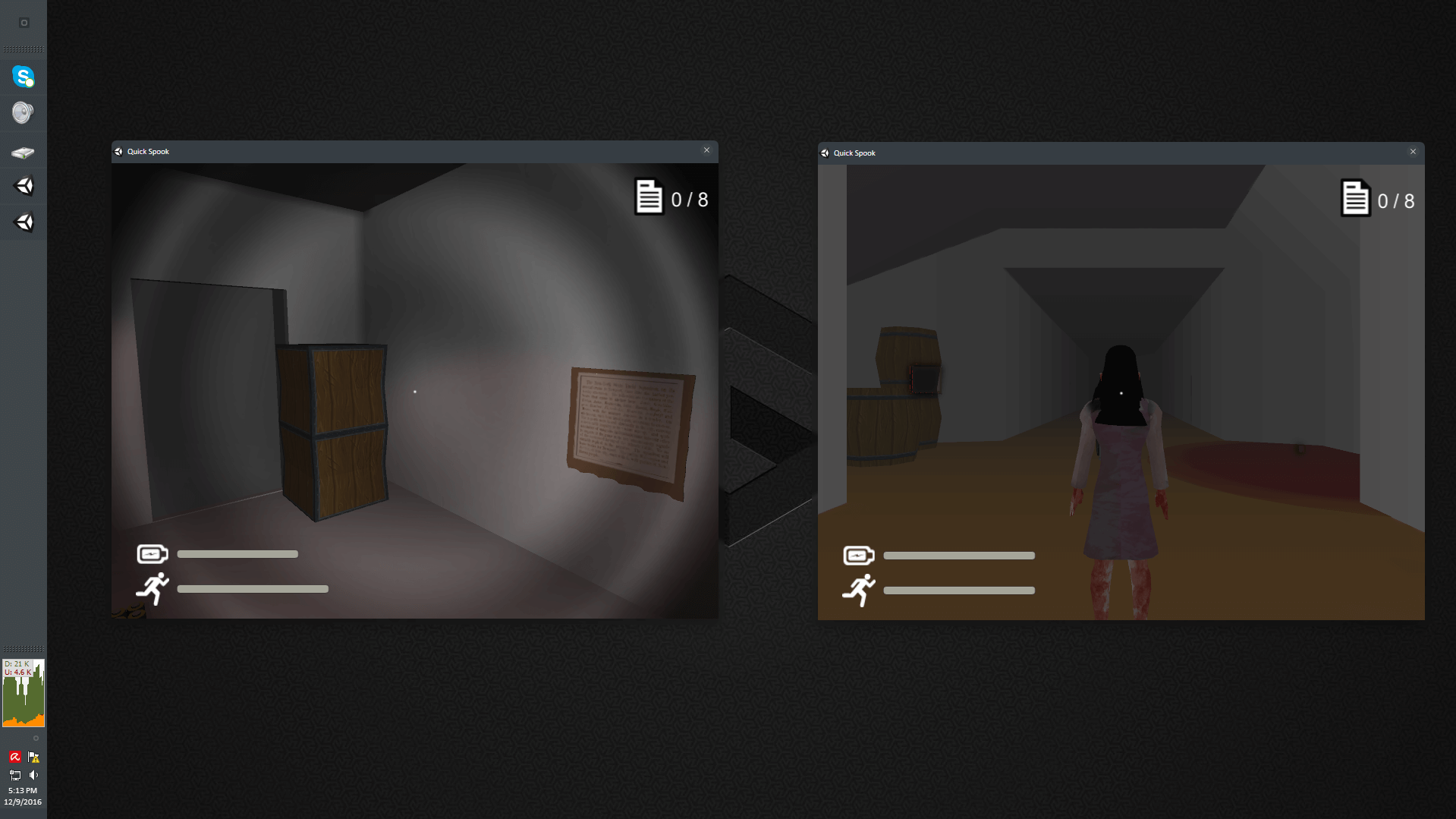 On the left screen is the player, his job is suppose to go around collect pages to win the game. He has a flashlight and a sprint bar. He has to run away from the “AI” monster. The monster however is not an AI and is actually a player and the player’s role goal is to have a lot of “close” encounters with the player and make the horror experience better without revealing to the player it is another player. :) 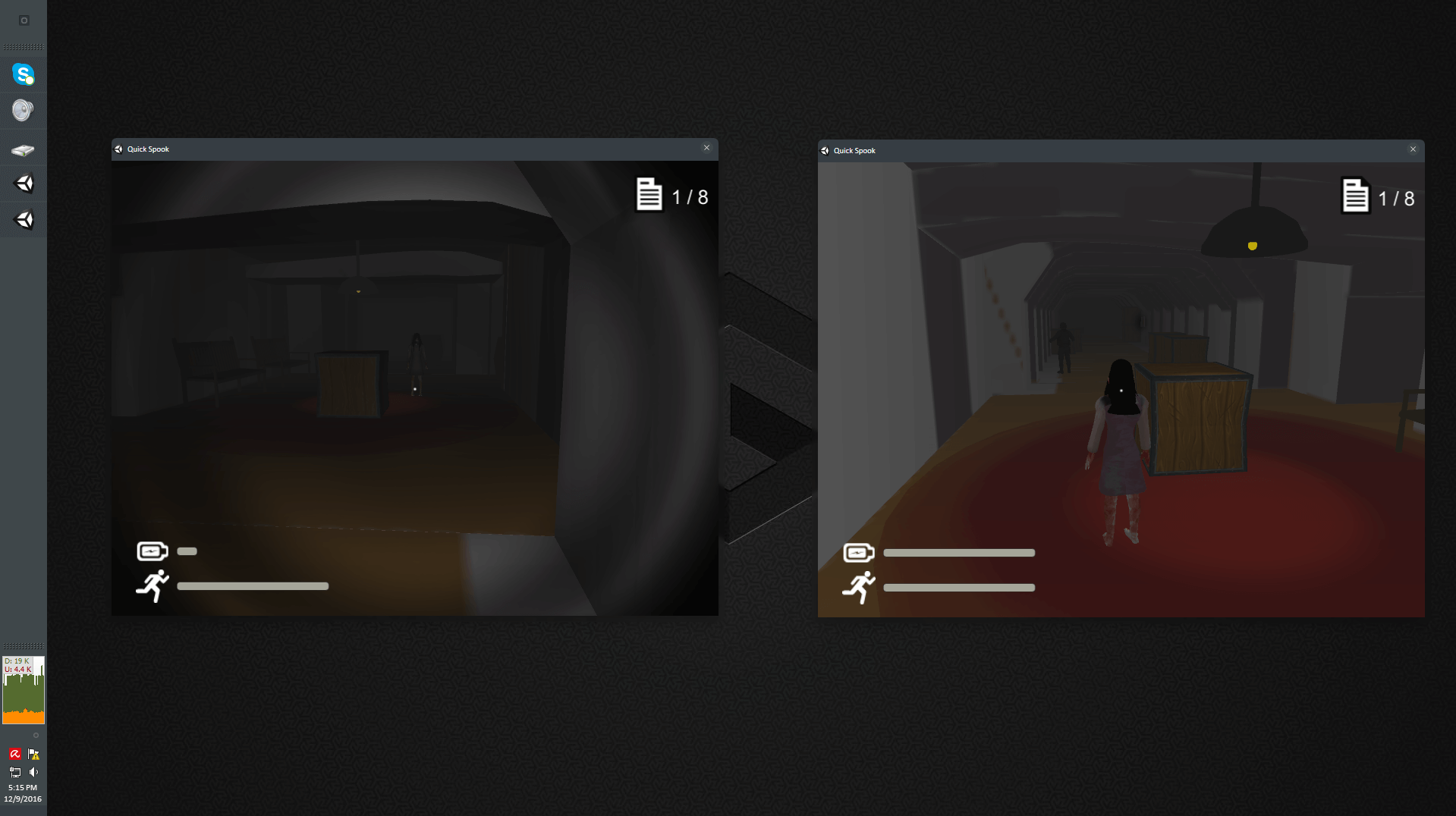 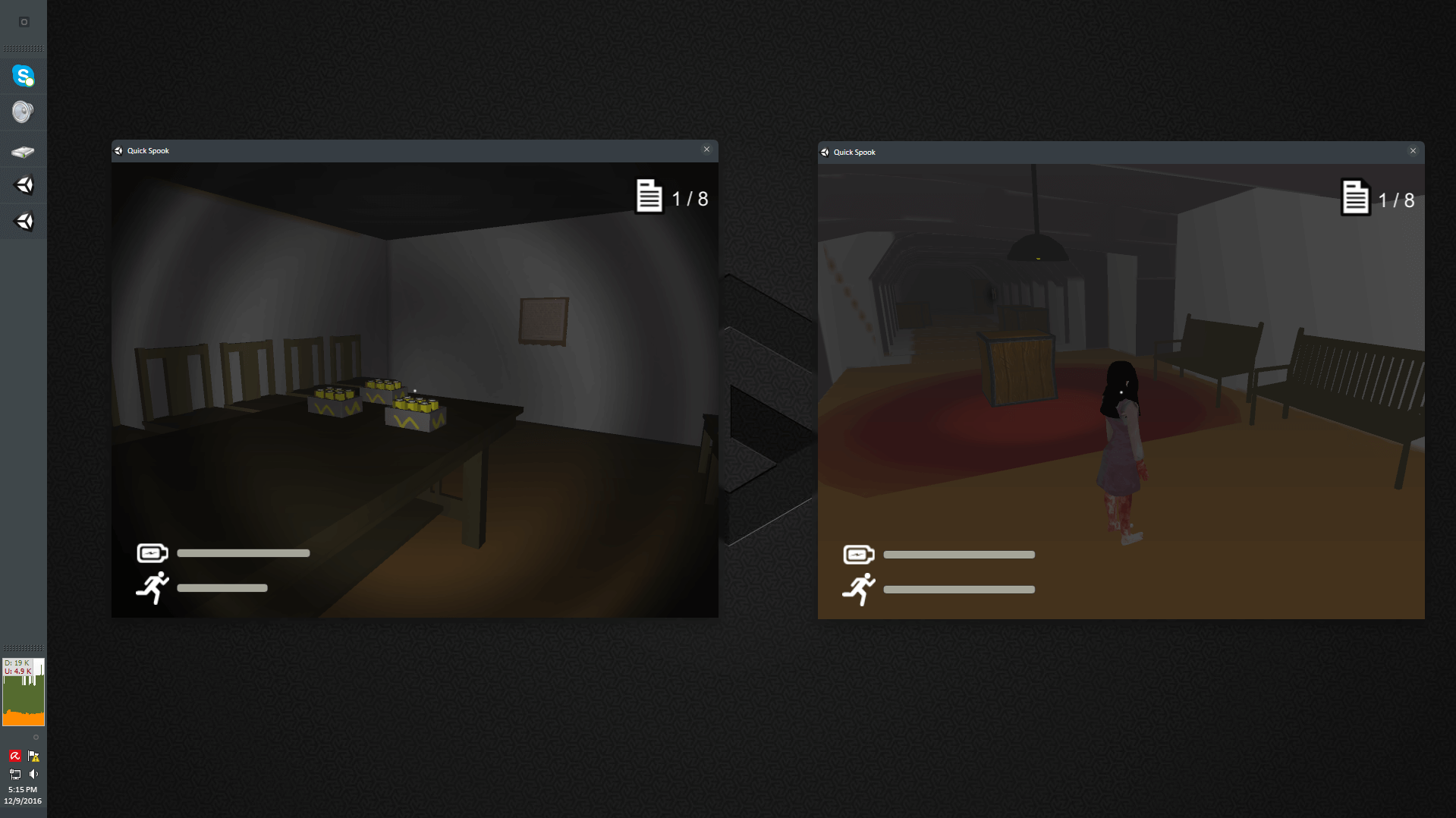 Here are the batteries that I modeled. Everything but the barrels, boxes, and monster were 3d modeled by me. The closer the player got to the monster the louder the music plays. 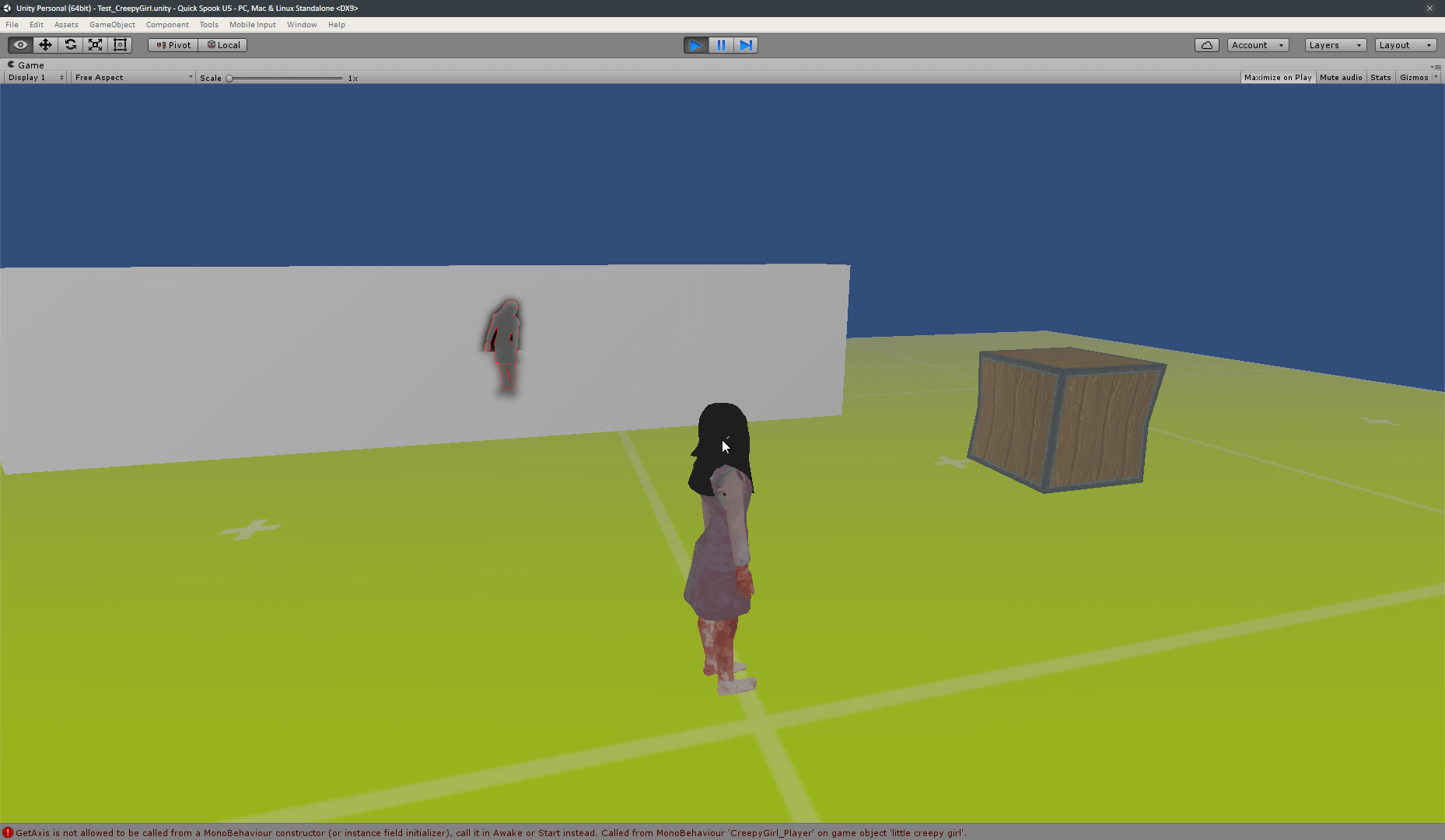 Here is an example how she can see through walls. 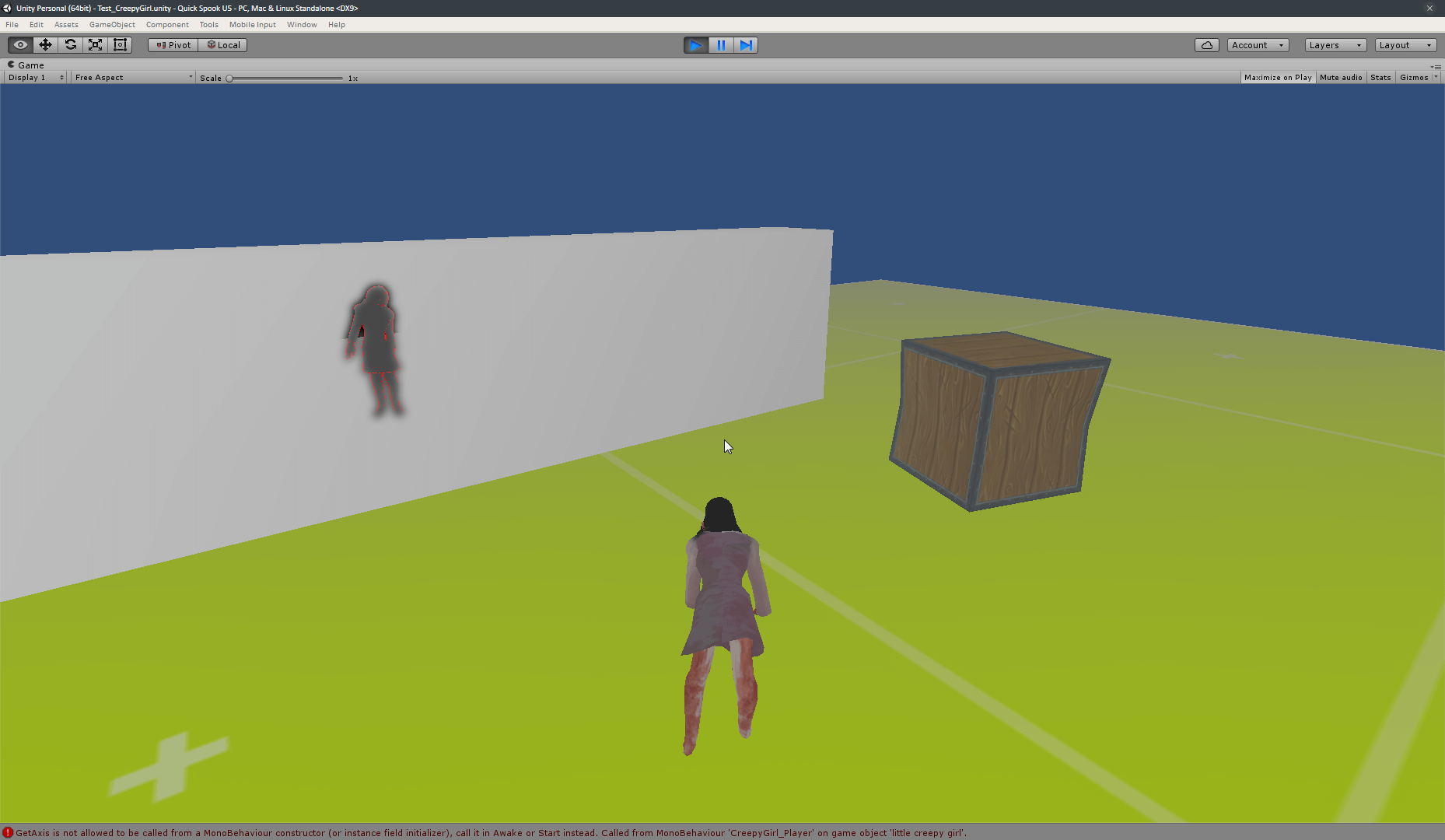 Even scarier the monster can crawl and plays a different song that sounds more dreaded and urgent. Fun way to increase your friends heart rate :P